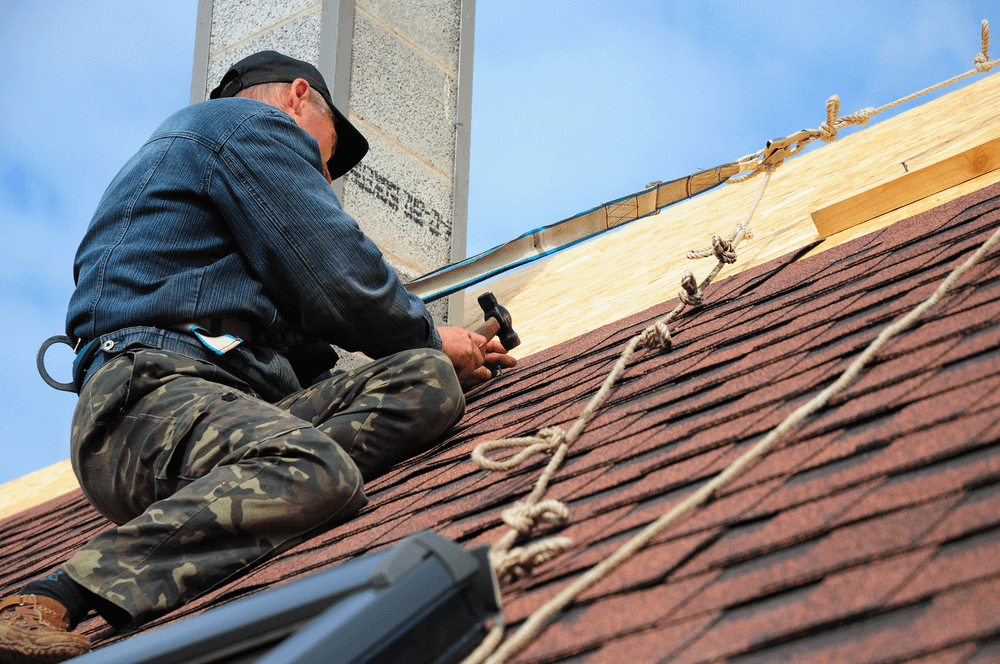 Roof falls commonly occur in the construction industry. In fact, in the United States alone, between 150 to 200 workers are killed and more than 100,000 are injured each year as a result of roof falls in construction sites.

As one of the leading causes of worker fatality, roof falls are not meant to be taken lightly and every effort should be carried out in order to protect workers from fall hazards.

Simply put, a roof fall may be defined as an unarrested free-fall of a worker from a roof deck, resulting into a terminal impact on the ground or an impending structure such as a lower roof.

As with any other falling object, the victim of a roof fall will accelerate at a swift speed, probably about 32ft per second with a terminal velocity of 120mph , making it impossible to physically catch or control himself or herself.

Of most roof falls recorded, it has been found that numerous victims fell from steep-pitched roofs. However, it has also been noted that low-pitched roofs have twice the number of accidents compared to steep roofs.

Other than the demands of the roofing job itself, the complacency that roofers feel toward their work as well as certain conditions like musculoskeletal fatigue and low blood sugar, which are common among roofers, there are other factors that can directly cause roof falls. These causes can be easily addressed, but are often overlooked because they are simple.

Dangerous roof access. This usually include loosely made ladders, aerial lifts and scaffolding. This can also pertain to the workers’ careless transition from the ladder or scaffold to roof, one roof to another, or one pitch to the next. Because of the complacency that workers feel toward roofing, there are instances when they fail to pay enough attention to the to design of the roof access, which can lead to slips, trips and falls. Therefore, roofers are advised to take the time and effort to provide safe and stable access ways to the roof being repaired or constructed.

Poor House Maintenance. The accumulation of debris, along with the roofs exposure to external elements, pose obvious threats to roofers. If a property is not well maintained, bundle rappers, loose shingles, slates and shakes are likely left on the roofs. Unsecured underlayments as well as felts and unkempt insulation can also cause roofers to trip.<

Improper first-man-up procedures. It is common for roofers to work in pairs or more and the problem may arise when the first person, who is assigned to set up the personal fall arrest system (PFAS) fails to properly carry out the necessary procedures that include ground-line implementation, top-rope implementation, and the establishment of feasible slide guards and catch platforms. Because of this, it is vital for roofing contractors to assign the aforesaid tasks to roofers with expert climber status and has the right training and experience. Nonetheless, annual competency evaluations should also be carried out.

Wearing inappropriate footwear. Roofing contractors should have a specified footwear that is suitable for the type and slope that their roofers are going to work on. For the most part, the design of the shoes should adhere to composite, slate, shake, tile and metal. It would also be preferable if they have constant grip surface to prevent roofers from slipping or falling, especially when they step on a slippery part of the roof.

Lack of fall protection while working. As mentioned earlier, many roofers have the tendency to be complacent with their jobs, simply because they have been doing it repetitively. As such, some just do not use or wear the right protection, believing that they will not encounter problems. However, establishing a fall protection equipment and wearing the right gear are essential components of a safe job site. Disregarding these things can lead to inevitable results that are proven regrettable.

Roofing Contractor – How Do You Know You Are Dealing With a Professional?

How Metal Roofs Perform Better Than Other Traditional Home Roofs