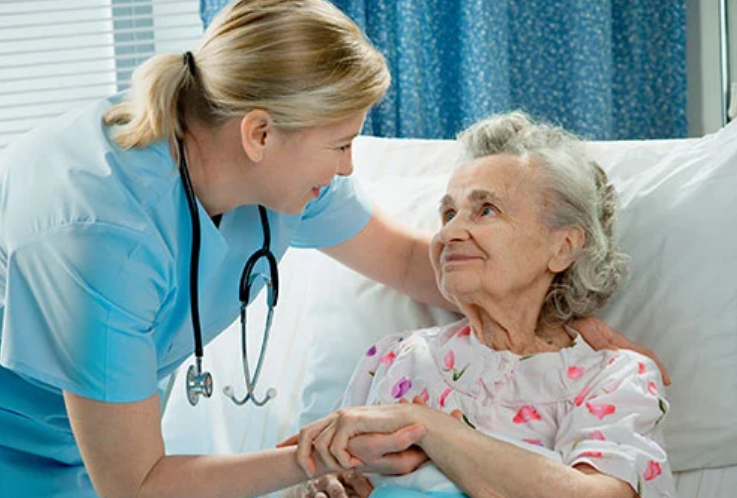 Hospice treatment is indicated for patients with a six-month or less remaining life expectancy. The typical length of stay in hospice care varies according to the individual’s particular condition or sickness and end-of-life wishes.

Prior to Dying, the Average Time Spent in Hospice

The National Hospice and Palliative Care Organization says that on average, 76.1 days were spent in hospice care, with around 82 percent of patients passing away (NHPCO). The remaining patients were either discharged or transferred to another facility since they were no longer terminally ill. On average, patients diagnosed with dementia required approximately 110 days of care. Chronic kidney disease patients required the fewest days of care on average, spending approximately 38 days in hospice.

Hospice Care in the Home

Around 40% of hospice patients died at home. Many people prefer to receive hospice care in their own homes for their comfort and peace of mind.

Hospice Care on an Inpatient Basis

Anyone facing a terminal disease may wish to consider hospice care to help control pain and acute symptoms and thereby improve their quality of life. The following are the most often seen illnesses in hospice care:

Hospice care can help you or a loved one achieve the maximum possible quality of life possible based on the diagnosis or issue at hand. While hospice treatment is advised for patients with approximately six months to live, a study found that approximately 13.4 percent of those admitted to hospice care lived long beyond six months.

How Long Do Individuals Typically Reside in Hospice?

The majority of people do not seek hospice care until their moment of dying approaches. According to a research published in the Journal of Palliative Medicine, almost half of hospice patients died within three weeks, while 35.7 percent died within one week.

It is worth mentioning, however, that a sizable percentage of patients survive six months or longer, with between 12 and 15% of patients in the research falling into this category. Although it is impossible to forecast someone’s life expectancy because each case is unique, patients who were younger than 65 at the time of enrollment were less likely to die within six months of enrollment.

Gender appears to play a role as well, with men somewhat more likely than women to die within six months, at 88.4 versus 85.1%. The cause for admission to hospice is also significant, with patients who have dementia or a stroke typically having a lower overall mortality rate than those with other diseases.

Meanwhile, according to a survey from Trella Health, the average length of stay for hospice patients increased by 5% to 77.9 days in 2018, up from 74.5 days in 2017. This is considered positive news for patients, as many people’s time in hospice is insufficient to reap all of the benefits of hospice care. Many families have expressed regret in surveys conducted by the United States Centers for Medicare and Medicaid Services that their loved one did not enter hospice sooner.

Hospice eligibility is limited to six months. This means that patients are not expected to survive longer than six months following their admission. However, a significant proportion of patients survive beyond this time period, at which point they may be eligible for additional hospice care or discharged.

Why is Nutrition Essential for your Heart?

How to Recover from a VP Shunt Procedure?